KDM can be your trusted constant manufacturer of custom aluminum shims. Various thicknesses and gauges are available to suit specific applications.

The aluminum shims are highly made from aluminum alloy, providing lighter material and corrosion-resistance features. There are numerous sizes and shapes available to fit particular usages. The aluminum alloy shim compositions made them more durable, reliable and well finished.

Communicate with us now! 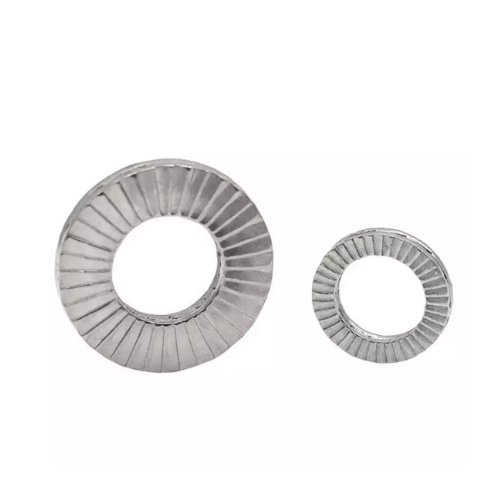 The aluminum spherical shims are in demand in the automotive industry. They are also available in different styles, like wedge, split, or countersunk. 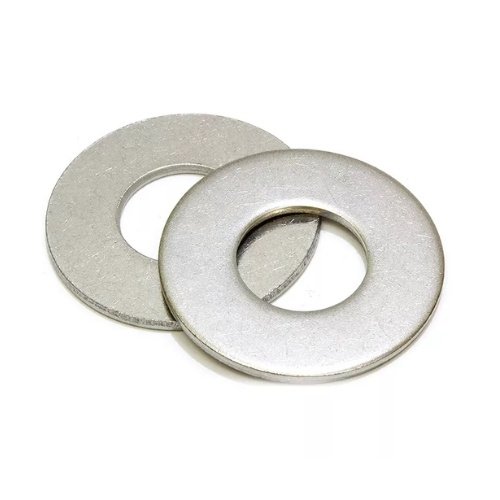 The aluminum spring flat shim has Ni-plated or black oxide surface finishes. Their thicknesses and grade are customized according to your needs.

The high-precision aluminum shims are manufactured according to customers’ requested sizes. They are available in about 0.01mm to 10mm thicknesses. 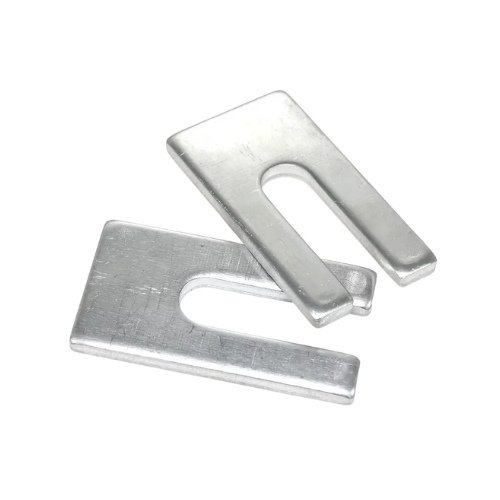 Aluminum packer shims are typically installed in windows or door areas. They are also available in different materials, like brass and stainless steel. 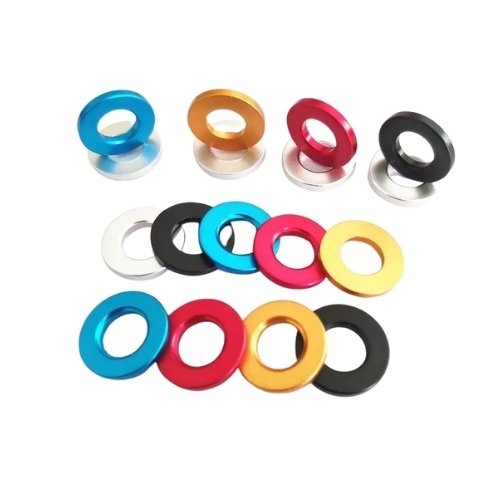 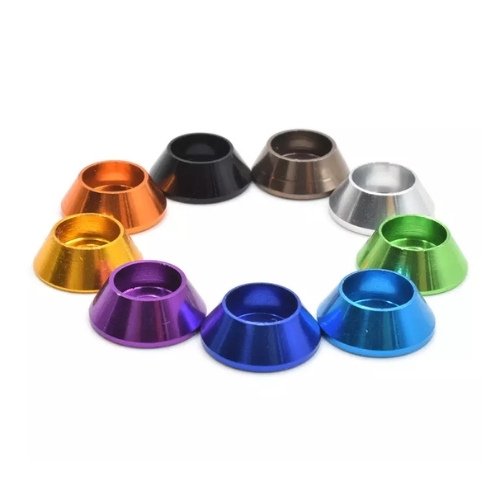 Aluminum cup head shims are ideal for different industries, like food & beverage, retail, mining, automotive, etc. They are customizable and have low costs.

Aluminum is a readily available and easily recycled raw material, resulting in inexpensive production costs. The aluminum retains all its inherent properties.

The lightest material for shims and foil is aluminum. Aluminum is a valuable industrial metal because of its low weight and malleability.

Since businesses can reuse the waste material from aluminum shims, they are far more ecologically and economically beneficial than other materials.

Aluminum and foil are common constituents of aluminum shims. In this way, the features of the shims improve their mechanical properties.

Various aluminum grades are utilized for manufacturing custom shims, which include the following: 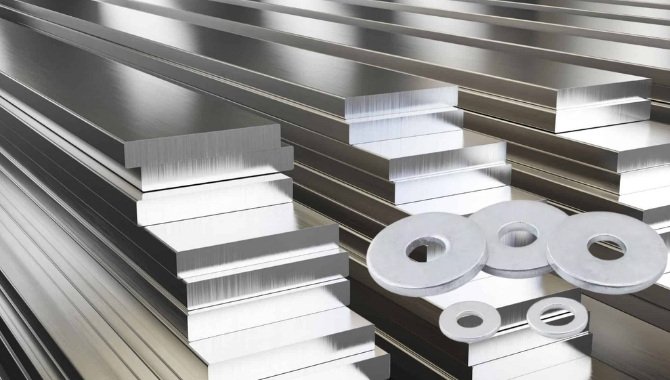 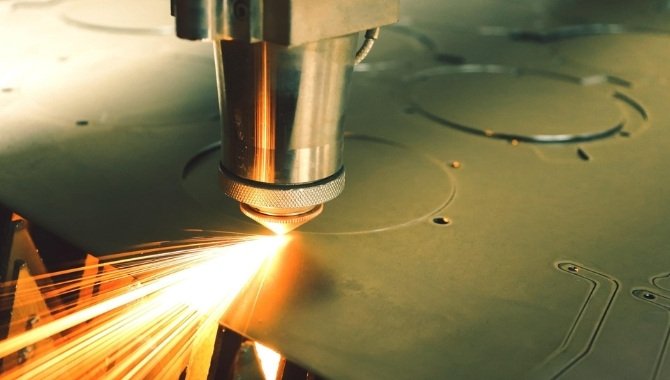 KDM ensures the highest quality aluminum shim and other related components. We can perform the following processes to satisfy your needs.

Also, there are various selections for laminated shims that fit specific applications. They are mainly suitable for exposure to lesser 300°F usages without pressure. KDM professionally customize them according to your request and necessities. 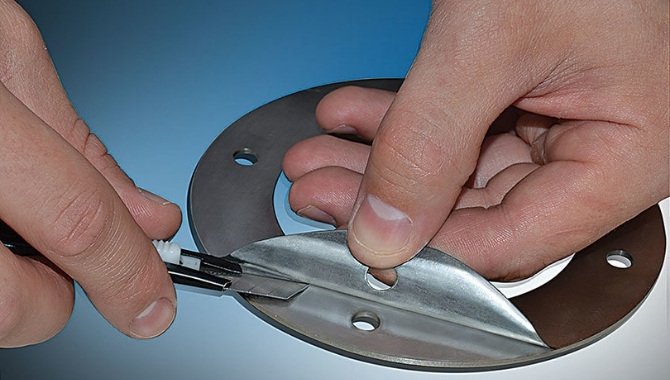 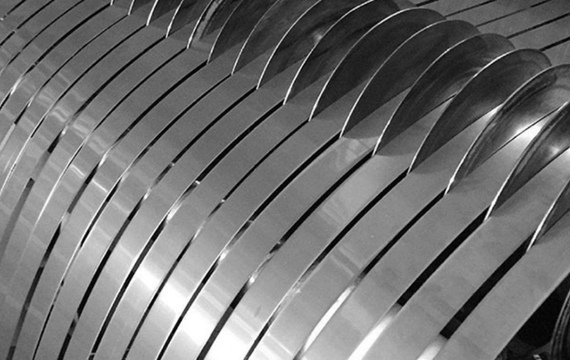 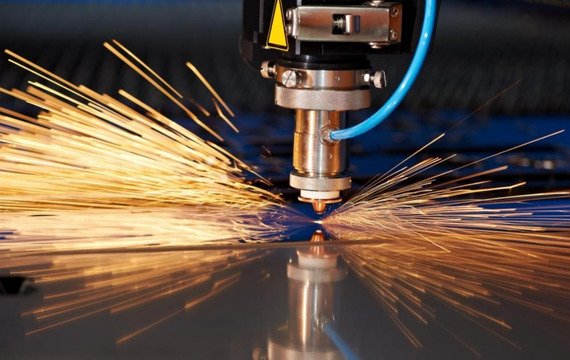 Don’t hesitate to communicate with us right away! 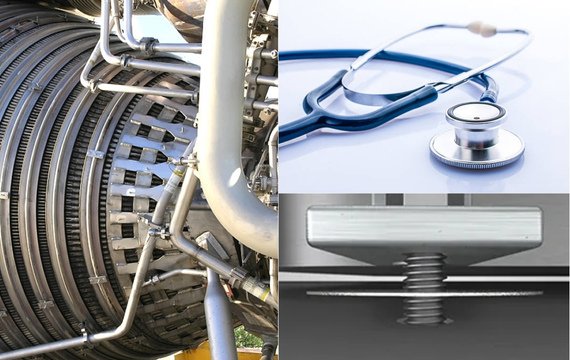 KDM can customize different shapes, sizes, thicknesses, and additional details to suit distinct usages. Due to the advantageous features and wide varieties of aluminum shims, they are in demand for most industrial applications, such as follows: 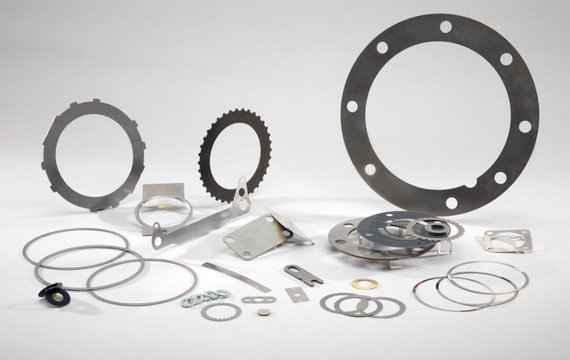 To fit different applications, we design different types of aluminum-made shims. We assure their accurate features with satisfying finishes and sizes. KDM offers the following:

Don’t hesitate to send us your inquiries, and let us know your needed shim types! 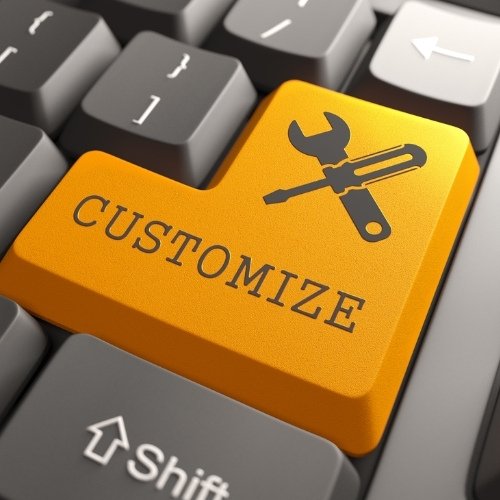 There are no limits to what KDM can do when making aluminum shims. Just send us your required applications, and we will do the rest of the custom designs and measurements. We ensure satisfying aluminum-made shims with our professional workers using advanced manufacturing equipment. 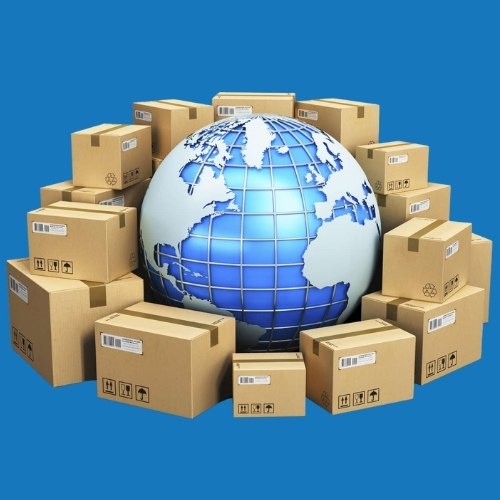 Here in KDM, our aluminum shims are the perfect material for use across the globe. It is ideal for applications that require high accuracy. The product is suitable for worldwide shipping. We guarantee secured packaging components and deliver them without damage. 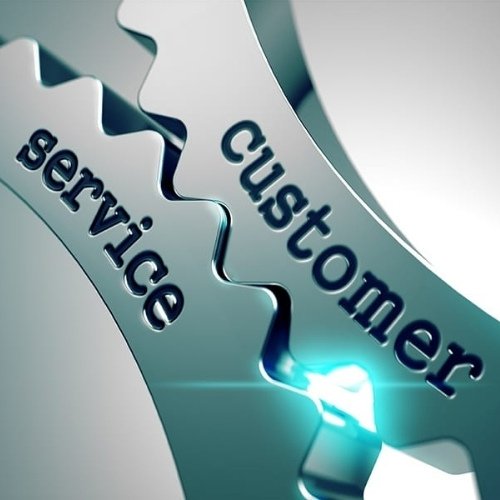 We employed an enthusiastic and diligent sales representative to help you calculate the product cost quickly. It will help your business analyze ahead for a profitable purchase. You can also expect a quick and satisfying response to your inquiries.

KDM can manufacture aluminum shims to any precise size or gauge. That includes bespoke designs adapted to your demands, at a fair price. KDM can be your aluminum shim supply solution for your business and projects. Keep on touching us now!

Let’s look at some of the fundamental aspects of aluminum shim. Before choosing aluminum shim, you should consider material grade, standard size, feature and classification, just to mention a few.

What Is Aluminum Shim?

An aluminium shim is a thin strip made from aluminium used to position parts, make them suitable or minimize wear.

It is used mainly to fill up space in an object to adjust a component.

Aluminium shims are suitable for various industrial and practical applications and are corrosion resistant. 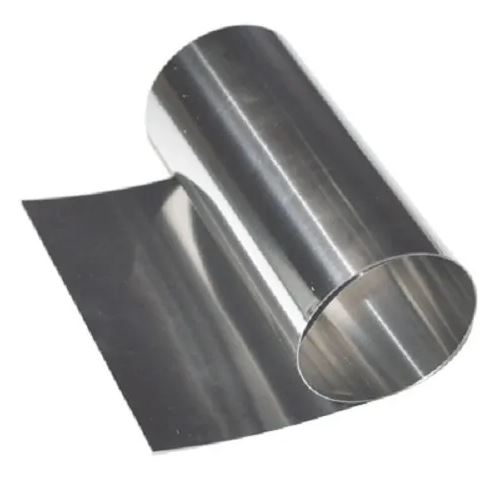 Material Grade To Use For Aluminum Shim

The following are the material grade to use for aluminium shims:

It is practically pure aluminium with low resistance. It has exceptional corrosion resistance, excellent welding properties, and good formability.

Heat treatment is unable to make it harder.

Grade 1145 is equivalent to Grade 1100. It offers similar formability while having a higher aluminium content; 99.45%

The manganese additive is more potent than Grade 1100 H19 and has excellent corrosion resistance. It cannot be heat treated.

Due to its strength, corrosion resistance, and machinability, grade 6061 T6 is undoubtedly the most popular. It can be heat treated.

High corrosion resistance, high formability, and Weldability are all attributes of grade 5052 H34. It cannot be heated.

Since copper has been added, grade 2024 T3 offers greater strength and good machinability. Copper makes it less resistant to corrosion.

It is extensively utilized in the aerospace sector.

Some of the uses:

Shim can be pushed between two objects to level the region if the object is not level.

It is used mainly in construction to fill an opening in the material to close the gap; hence the material becomes blush.

In manufacturing, the shim is used to minimize the clearance between objects.

Shims are used in plumbing to align pipes when doing repairs.

What Is Aluminum Shim Stock?

Aluminium shim stock is a roll of thin gauge metal or foil used to make shims.

Since the shim stock is so thin, standard equipment like metal shears may be readily used to cut it into unique shapes. 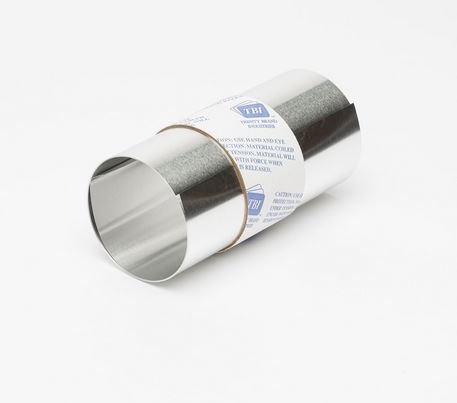 Shims are used in machinery adjustment and assembled for particular tolerances for an accurate fit. 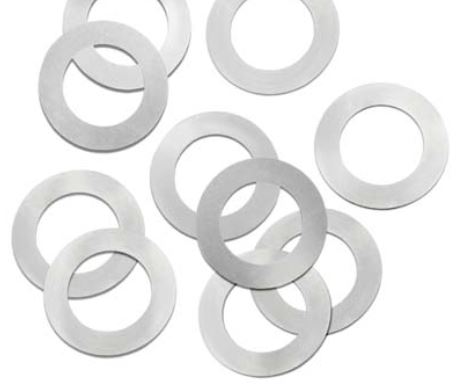 They are measured by inner diameter, outer diameter and thickness. 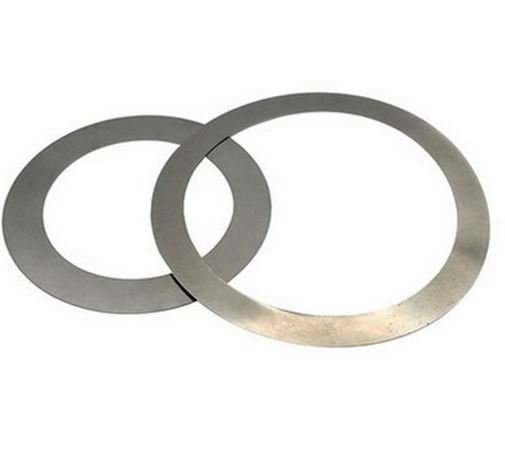 Shim rings’ thickness and inner and outer diameter are all measured. Shim rings are identifiable by their inner diameter and thickness when placing an order.

Variable shims are classified into lengthening and shortening as they are used to shorten and lengthen shoulder bolts’ essential length.

They are primarily used in die and punch assemblies.

They are measured by their inner and outer diameter and thickness.

Slotted shims exist in a variety of forms and have several uses. They all have an open slot, frequently in the shape of a U.

They can be used as standard spacers or placed around existing bolts and screws. Several types of slotted shim are equipped with tabs for more straightforward insertion.

Shims with slots are measured according to thickness, width, slot depth, and width. Shim height too is evaluated, but the additional tab length (if any) is not considered. 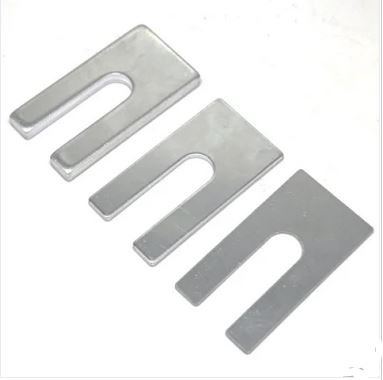 Additionally, the tapered opening is not included in the slot width calculation because it is determined from the slot’s narrowest point.

It is a versatile material that may be quickly and easily cut with metal shears or scissors to desire sizes. 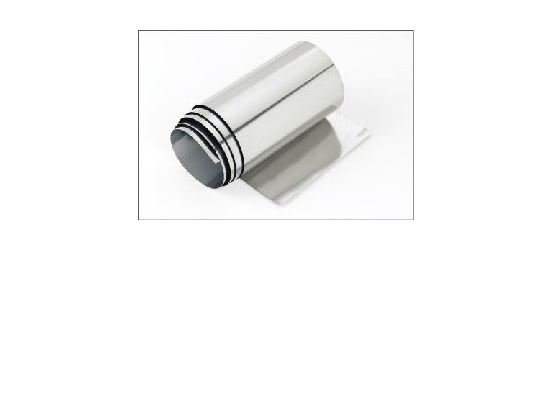 The dimensions of shim stock are thickness, length, and width.

Although the recommended range is 0.15 – 1.9 mm, the thickness of aluminium shim stock typically varies from 0.25 to 1.0 mm thick.

The following are methods available for fabricating aluminium shims:

Forming as a method of aluminium shim fabrication distorts or bends the material to produce components and parts.

The workpiece is shaped into the desired form by repeatedly feeding aluminium shims through parallel rollers.

Aluminium shims lose their form and not their mass through this fabrication process.

Punching is a fabrication process in which a material is removed from a piece of aluminium shim by applying a great enough shearing force.

This process produces cutouts and holes of different sizes and shapes.

Bending is a process that involves aluminium shim bending to fit in with the required specifications.

The following are the factors to consider before the aluminium shim bending process:

The following are the standard material tolerances for aluminium shim stock:

Aluminium shims occupy space and level horizontal and inclined surfaces of interface components, whilst thrust washers disperse the weight of a bolt or screw

Thrust washers have rollover and breakout edges because of the stamping process. They are economical compared to aluminium shim. 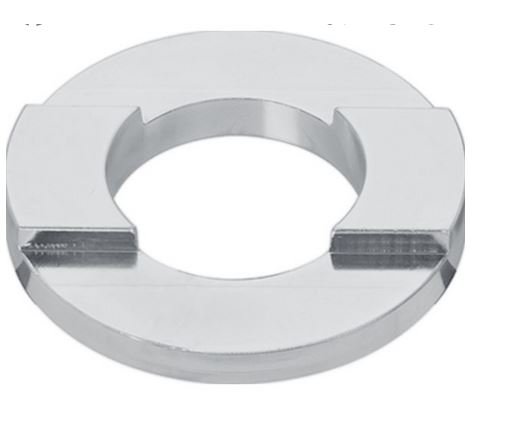 Shims have symmetrical faces, flat margins, and smoother corner edges. The aluminium shim is exceptionally balanced and of a constant thickness.

This type of surface finish increases the thickness of an aluminium shim layer through the passive electrolytic process.

Aluminium shim is exposed to an acid solution to create a passive component by removing air from the surface.

The reactivity of the component’s surface is changed by the elements left behind to form more rust and corrosion resistance finish.

Passivation is considered the best next step because methods such as cutting, grinding, and welding alters the component surface.

Before the passivation process is applied, it is essential to ensure that the shim is cleaned; if not, the process will be unsuccessful.

The benefits of passivation are corrosion resistance is improved

Type of a surface finish in which paint is coated on the aluminium shim that functions as concrete hurdles against environmental conditions.

Painting is done in two modes:

Shims that will be painted frequently go through a chemical film preparation method.

This method is a transformation coat that provides minor corrosion resistance and aesthetics and is sometimes known as blackening.

Black oxide has the benefit of not altering the shim thickness.

Features To Look For In Aluminum Shims

The following are the features to look for in aluminium shims:

The maximum strength the aluminium shim can endure renders it durable, thus an important feature to consider.

If the aluminium shim does not rust, it is corrosion-resistant.

The properties of resistance to corrosion help reduce the maintenance cost of treating the rust forming on the surface of the aluminium shim.

Its ease of machinability is a crucial feature when choosing an aluminium shim.

Its ability to form into deferent shapes and sizes without weakening.

What Is Aluminum Tapered Shim

A tapered shim is a triangular-shaped piece of material that slips into any opening to fill it and stop the object from moving any further. 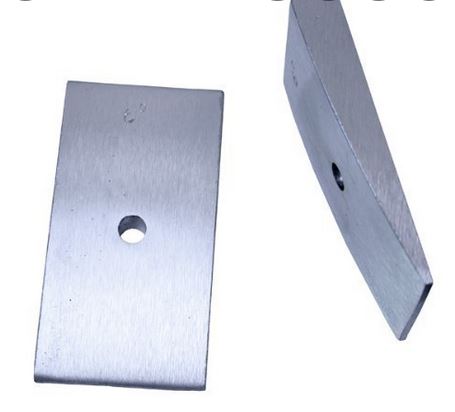 Tapered shims are employed when tight tolerance assembly is required, and the joining components are bent or angled; a typical straight shim cannot be utilized.

The aluminium gasket is a hydraulic seal that prevents leaking from or into the attached components.

At the same time, they are compressed by filling the area between two or more workpieces.

In contrast, an aluminium shim is a thin strip made from aluminium used to position parts, make them suitable or minimize wear.

The aluminium gasket is a bendable substance used to produce and maintain a static seal in an assembly under diverse operating circumstances. 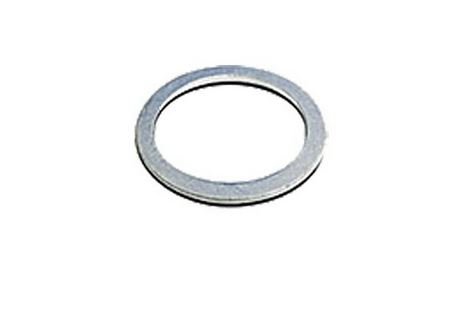 In contrast, the aluminium shim is used to fill up space in an object mainly to adjust a component.