What Is Anodized Aluminum?

To anodize aluminum is to convert the metal electrochemically to form an oxide film on its surface using an electrolyte. Anodized aluminum is therefore an aluminum metal that has undergone an anodizing process to improve its mechanical and chemical properties.

Generally, aluminum metal wears easily but when anodized, the metal obtains better mechanical properties that enables it to last longer. Anodized aluminum colors have increased durability because the coat created

For industries like medical, which take keen interest in the outward appearance of parts and devices, aluminum anodizing is needed.

Anodizing aluminum is a way of creating a coat to the underlying aluminum substrate that can resist the corrosive agents.

A corrosion resistant product is formed from this process especially if the sealing process is done properly. Another advantage is that aluminum parts anodized through this method are easily formable and machinable. Chromic acid is toxic hence the need for special treatment of wastewater from these operations. 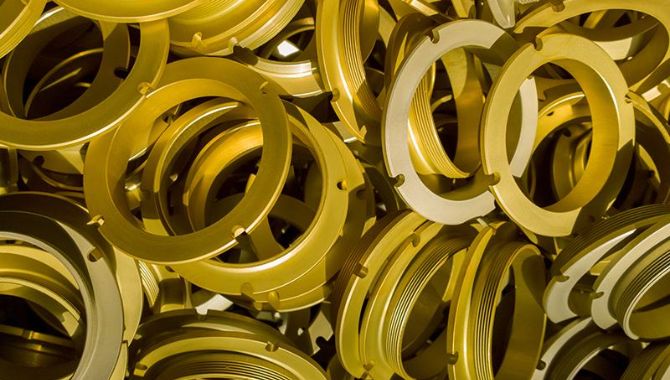 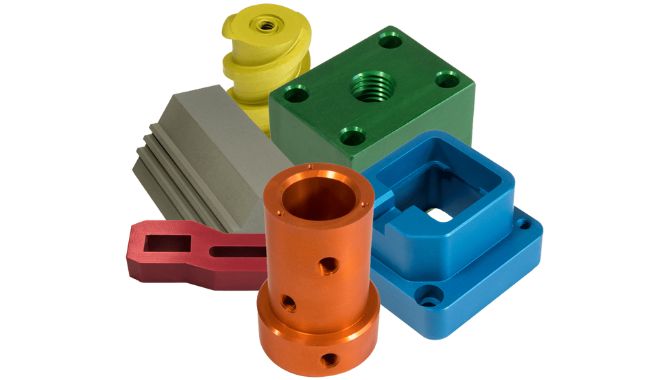 Type II anodizing uses sulfuric acid as the electrolyte with the aluminum part acting as the anode. This method is mainly used for production of porous coating on the aluminum surface to accommodate decorations. A porous coating is important for purposes of absorption of various adhesives, dyes and colors.

Type II anodizing aluminum is the most commonly used method because it produces a thicker coating which is non-conductive and dielectric. Aluminum parts coated through type II anodizing offer resistance to corrosion and abrasion and are suitable for decorative applications. Sulfuric acid is less toxic and easy to handle and treat.

A thicker coat means increased hardness and durability with high tolerances not suitable for applications that need tighter tolerances. Type III anodized aluminum parts are offer resistance to corrosion and abrasion with electrical insulation. Industries such as aerospace, military and electrical benefit from this method, thought it is a bit expensive. 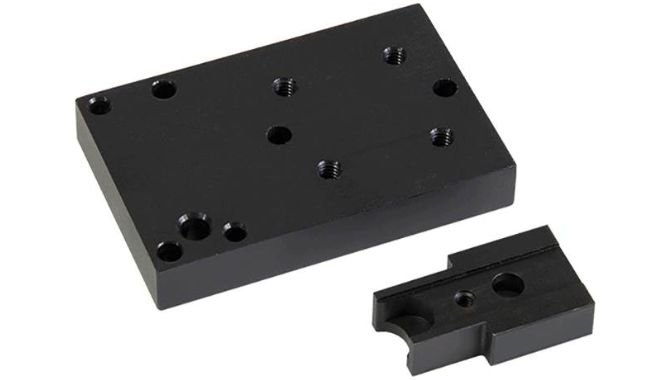 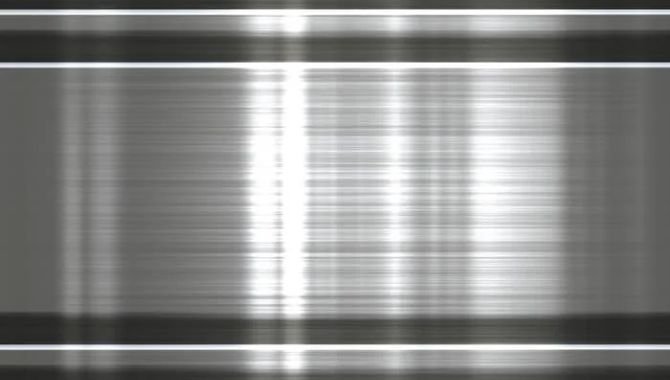 A phosphoric or chromic stripping solution can be used to remove dyes from plastered anodized coats. An alkaline etch is a safer solution but only when your parts can tolerate a bit of damages. Nitric acid can only be used with anodized aluminum parts that are not yet sealed.

Anodizing aluminum colors is not additive but subtractive. Meaning that the base metal acts as the light reflector while the coating as the filter. Color displayed during dye application is what has been reflected by the base metal after absorption. When matching colors for anodizing aluminum, it is important to consider the factors below;

Finish type – a sample having the same finish will come in handy.

Number of dyes to be used – consider the dyes that can bring out the color needed.

Crystalline structure of parts – this will also influence the color choice. 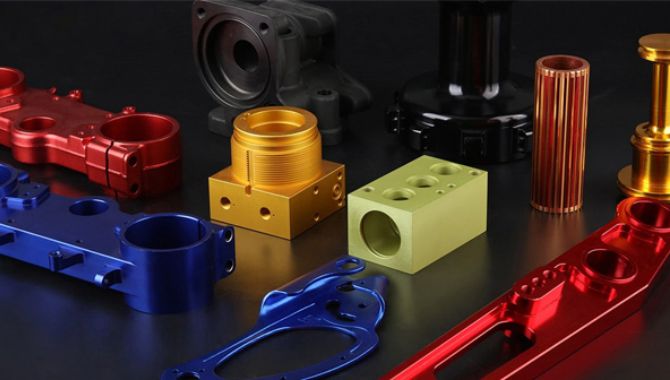 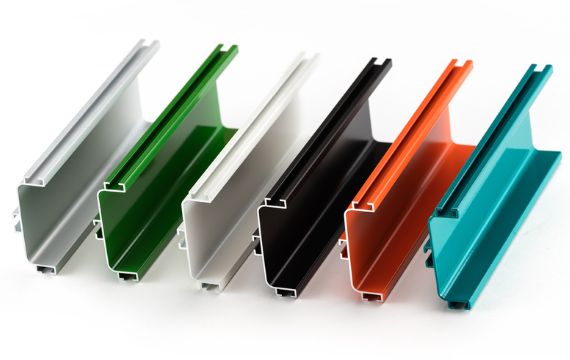 In anodizing aluminum, the surface must be cleaned and etched before being dipped into an electrolyte solution where current is charged. While powder coating is an electrostatic process where a mixture of polymers, fillers, curing and pigments are sprayed on parts.

When anodizing aluminum, there is a limitation to the color range which is also determined by the type of finish on the part. Powder coating on the other hand, presents unlimited possibilities in terms of color and finishes.

Anodizing aluminum is more expensive compared to powder coating due to the processes and conditions involved in it.

In terms of strength and durability, anodizing aluminum is far much better than powder coating. Powder coating can easily be peeled off, discolored or rusted when exposed to adverse conditions.

Powder coating is a better choice in terms of environmental preservation because its contents are less toxic and are easy to dispose. 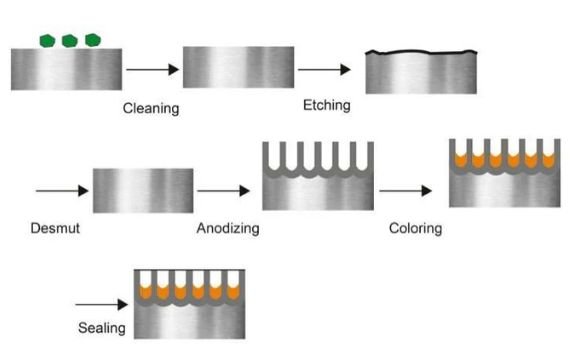 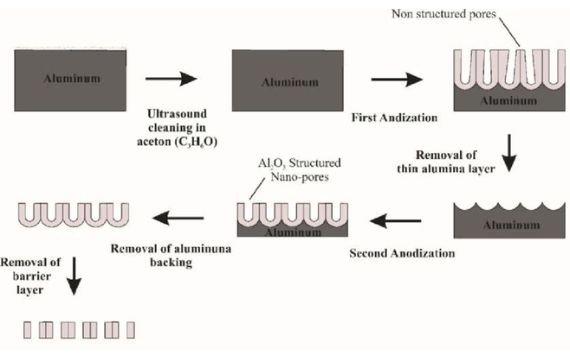 Pretreatment involves removal of contaminants like grease or dirt from the surface of the aluminum part. Such contaminants can lead to errors and imperfect surface finishes. Others processes like cutting, drilling or welding must also be done before anodizing. Pretreatment can be done through the following methods:

An etching or brightening step is done to give the surface a matte finish or a shiny finish through chemical solutions.

Electrons move towards the cathode through the electrolyte to react with hydrogen forming hydrogen gas. A reaction between the cations and water form aluminum oxide which forms a layer on the aluminum part.

Barrier oxide films are formed on aluminum part surfaces when the process involves a neutral solution such as phosphate, ammonium borate. Aluminum oxide formed in this case is insoluble and can last longer.

A barrier oxide film does not react with the solution and is responsible for protecting the aluminum substrate from the environment. The thickness of a barrier oxide film is determined by the amount of voltage used between the negative and the positive poles. However, there is a given voltage that can be reached before other unwanted reactions like solute oxidation or sparking can occur.

A porous oxide film is possible when using dilute acidic solutions in the anodizing aluminum process. Acids like chromic, phosphoric, oxalic and others can be used as electrolyte baths but the most commonly used is sulfuric acid. Electrolytes in the acidic form are preferred because they can maintain All₂Ol₃ molecules in high concentrations.

Aluminum oxides formed during this process are removed from the pores and dissolved in the electrolyte. Longer electrolysis times with high voltages lead to thicker porous oxide layers. While the dimension of the pores depends on the acidic concentration and temperature.

How To Color Aluminum Parts Through Anodizing Process 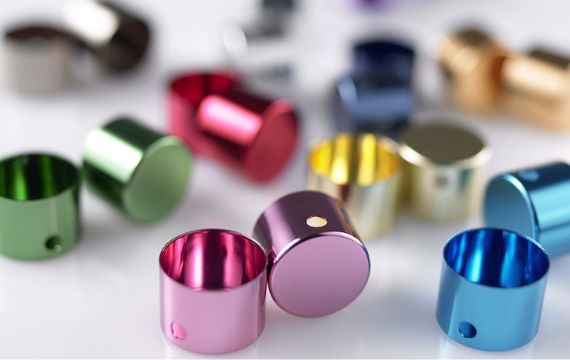 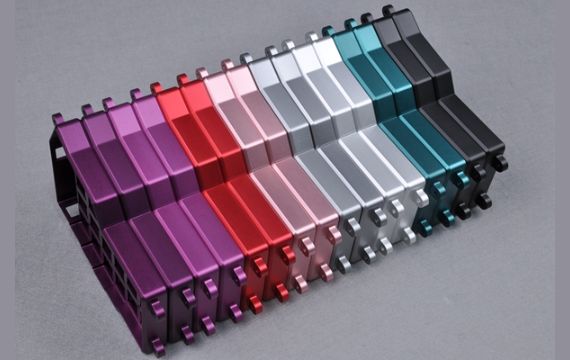 Etching and Cleaning the Part

Successful coloring of anodized aluminum parts requires a clean surface achieved through detergents and clean water. During etching, any trace of metals on the surface that can present errors during color adding is removed.

Color can be added to parts in four different ways including;

Electrolyte coloring – anodized aluminum part is immersed into a solution of metallic salts to create a coat which is resistant to UV rays.

Dip coloring – parts are dipped into a tank filled with dye, filling the pores followed by boiling in a de-ionized water.

Integral coloring – aluminum parts are anodized and colored at the same time in the same solution.

Sealing is done to ensure that dye molecules within the pores remain trapped and to avoid other molecules from being absorbed. Hot water of temperatures not less than 200ºF is used for this process. 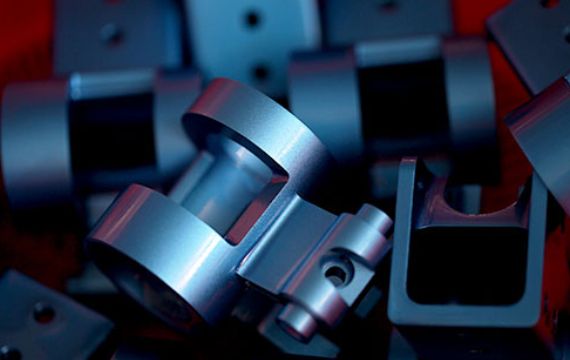 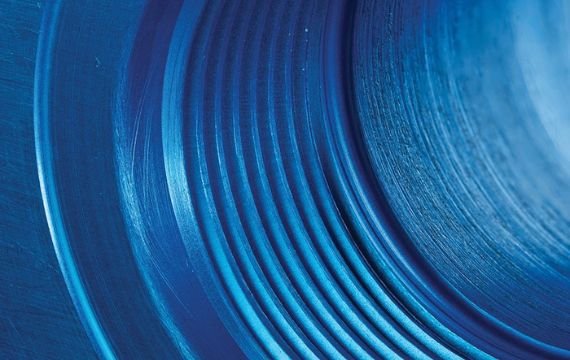 Each aluminum grade has specific colors and shades that will produce the best results when added to it. Therefore, the aluminum grade in use will determine the color matching or variation to be used.

Reflective properties of each aluminum part depend greatly on the type of secondary finish applied on the part. Using a sample that has the same finish type as your aluminum part will help you to determine the color variation to use.

Number Of Dyes Used In Coloring And Layering.

To achieve a given color variation for anodized aluminum parts, different types of dyes are used depending on the need. In cases where an increased color variation is needed, the number of dye types used also increases leading to more colors. When layers are involved, different colors can be used for different layers.

Reflective properties of parts are normally influenced by their crystalline structures and this is an important factor to consider. This is because colors may appear to match from one angle but when viewed from a different angle, may differ. Color flip condition, if used properly, can help come up with the desired color variation. 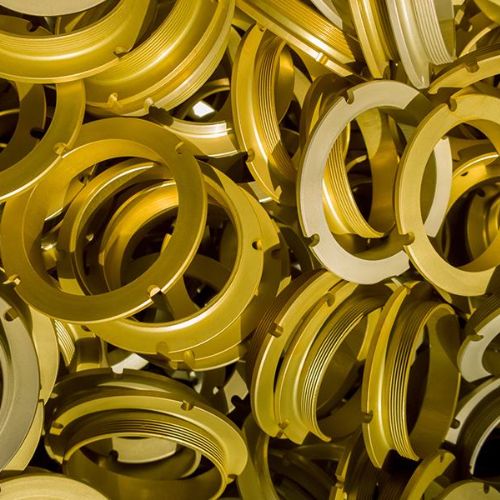 The most commonly used yellow dye is butter yellow. 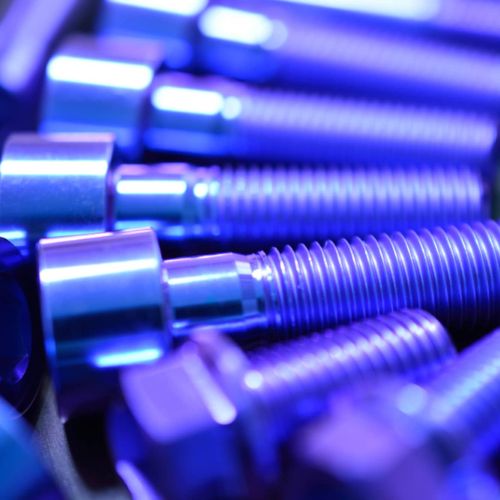 Blue is the preferred anodizing blue dye for aluminum. 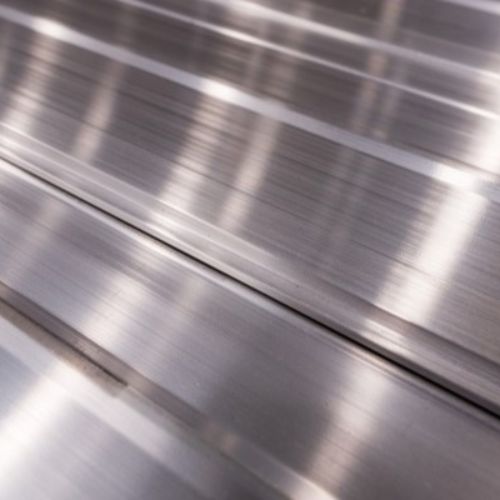 Color gray can be achieved through interference coloring process. 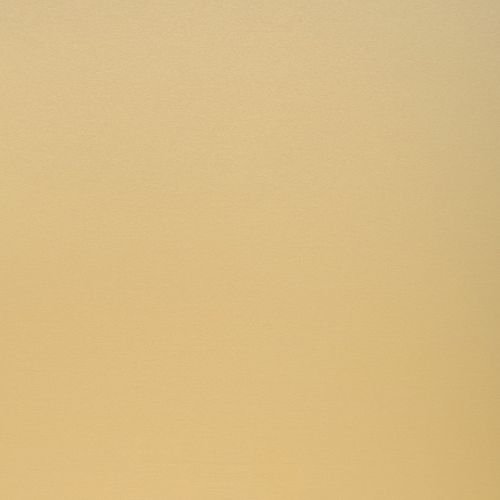 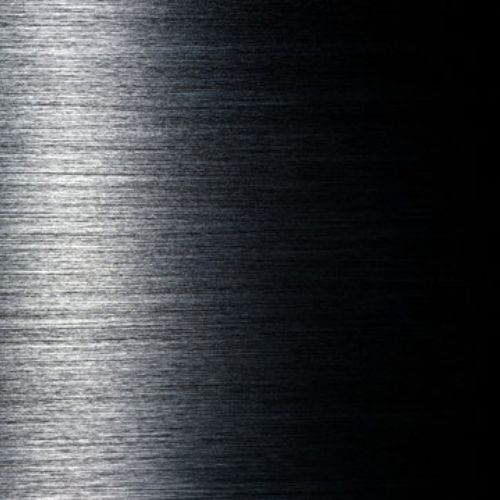 Anodized aluminum with black coloring is usually used in aircrafts. 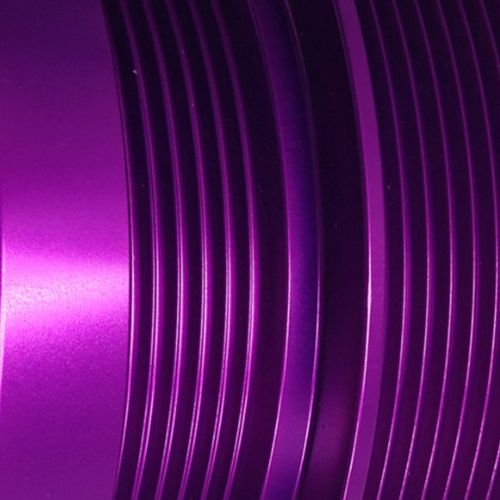 This color is obtained through adding a purple-violet E-3D dye. 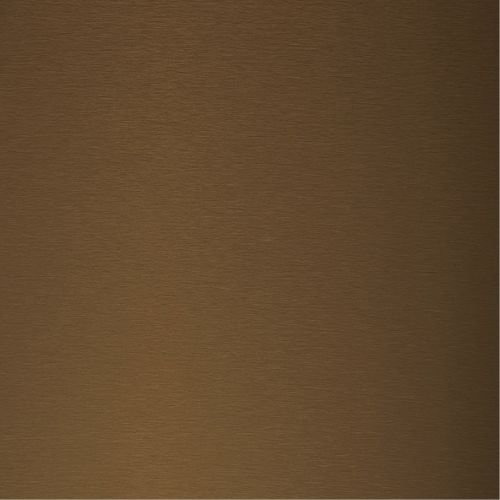 Brown can be achieved though brown E-BL aluminum dye. 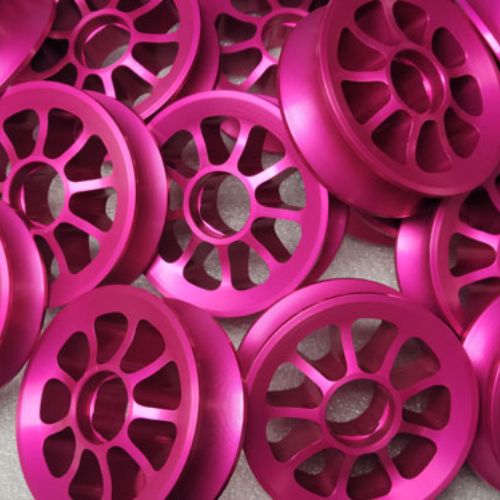 The dye used for color pink is rich pink E-BL 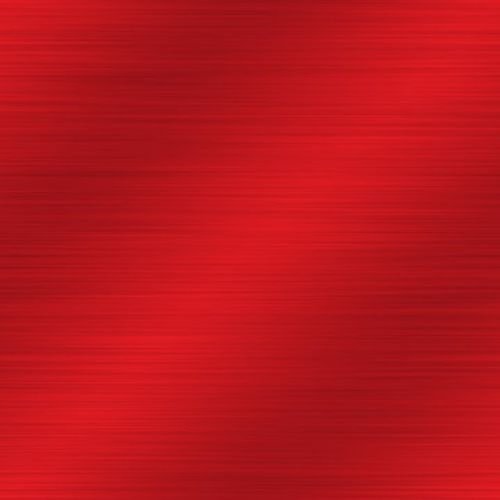 Red E-BL dye is used to give the red color. 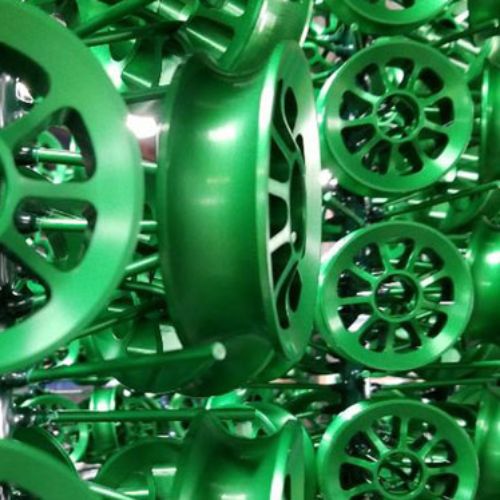 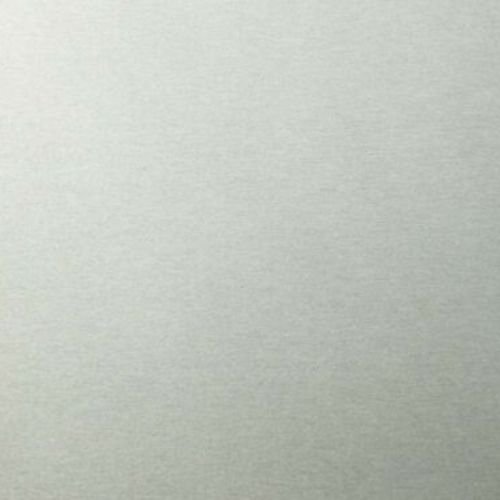 This does not need any dye for coloring. 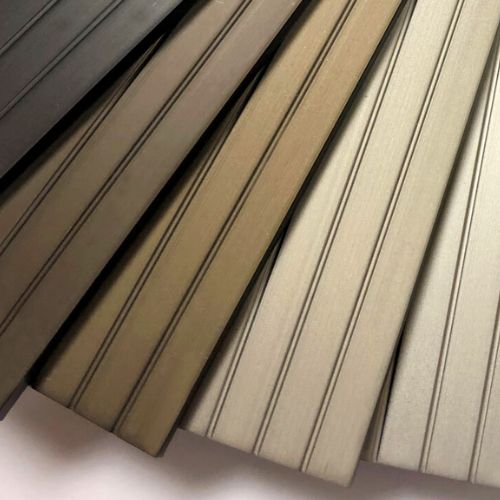 Can be achieved through electrolytic coloring. 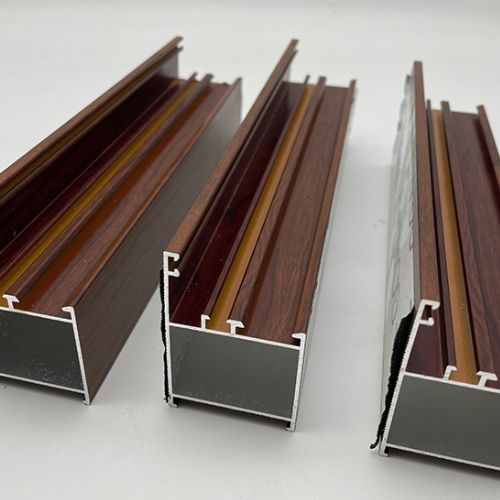 Sand wood color can be achieved through the sublimation process.

Is It Possible To Colors After Anodizing Aluminum?

Coloring is done by adding dyes during anodizing aluminum process. However, it is also possible to paint the anodized aluminum after the anodizing process has been completed.

Anodized aluminum is durable but can rust after some time depending on the process that was used during anodizing. Anodized aluminum may seem to be permanent, however, when exposed to corrosive environments for a long time, it will rust.

Anodized aluminum parts have a number of advantages over painted aluminum. Some of these advantages include increased durability, easy to maintain, increased resistance to corrosion and abrasion.

Apart From Anodized Aluminum; Which Other Surface Finish Are There?

Chemical finishes on aluminum are done to clean by removing soils, to brighten the surface or etch to get matte finish.

Mechanical finishes can be done on aluminum parts through the use of different equipment to polish, blast or buff.

Liquid coating is applied on aluminum parts to provide color and a uniform coat on the aluminum surface.

Powder coating is done on aluminum parts without the need for a solvent, only a resin and a pigment in a spray gun.

Sublimation involves wrapping the aluminum part in a thin film having a pattern designed on it. Usually, this pattern is transferred to the parts surface and this can give the part a sand wood color.