What Is Surface Roughness Chart?

In metal fabrication, parts are produced for specific applications. For these parts to function properly, they must be precise which is achieved through surface finishes.

Metal parts usually undergo friction leading to wearing and reducing the lifespan of a given part. Surface finishes can reduce friction between parts increasing durability.

Metal parts that are exposed to corrosive substances like chemicals are prone to corrosion. However, certain surface finishes can improve the corrosion resistance of parts.

Various applications for instance in the medical industry, require parts that have improved aesthetic appearance. Surface finishes like polishing can achieve this kind of appearance.

Ra (average surface roughness) – Ra is described as the average roughness taken between the mean line and roughness profile.

Rmax (vertical distance between peak to valley) – Rmax parameter is important when working with anomalies like scratches or burrs and it offers high sensitivity to them.

Rz (average maximum profile height) – Rz is used to give the average measurements of the first five highest differences taken between the valleys and peaks. 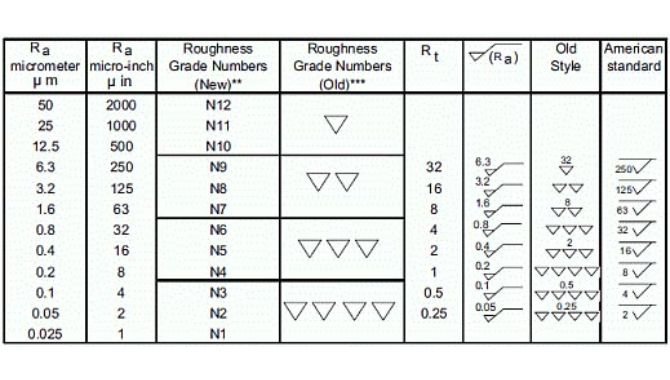 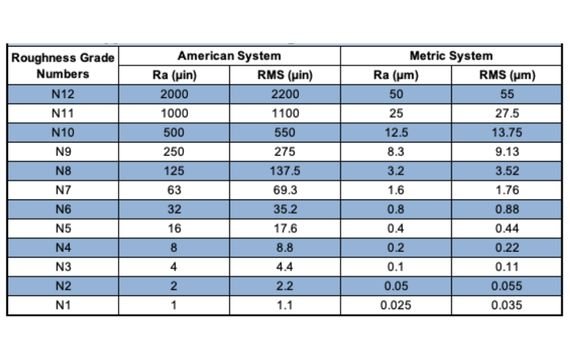 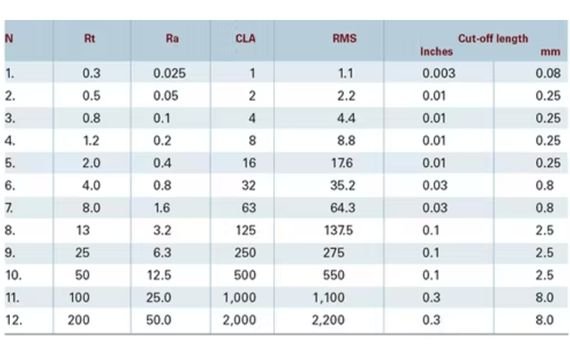 Ra is described as the average value of a calculation done for absolute values of given surface troughs and peaks. Whereas RMS is a calculated root mean square of the surface valleys and peaks for the same surface. Both RMS and Ra are representations of how rough a surface is but their calculations are done differently.

Ra is obtained from getting the average of arithmetic values achieved from measuring the microscopic troughs and peaks on a surface.

Both RMS and Ra are measured and calculated using an equipment known as profilometer.

However, this equipment is designed to calculate Ra differently from RMS.

Effects Of Big Peaks And Valleys

RMS is highly sensitive to large peaks or valleys on the microscopic surface affecting its value.

Ra on the other, hand is less sensitive to such large peaks or valleys and its value is not affected.

For this reason, Ra is the most preferred parameter for measuring surface roughness.

Initially, RMS was expressed in inches during the time when measurements were done in inches.

However, currently, both Ra and RMS are expressed in inch or metric.

Ra is simple and more accurate compared to RMS.

A reliable way of converting these two values does not exist, however, an estimated formular can be used for the same.

Below is a table showing the machining surface finish chart comparing RMS and Ra.

How To Measure Surface Roughness 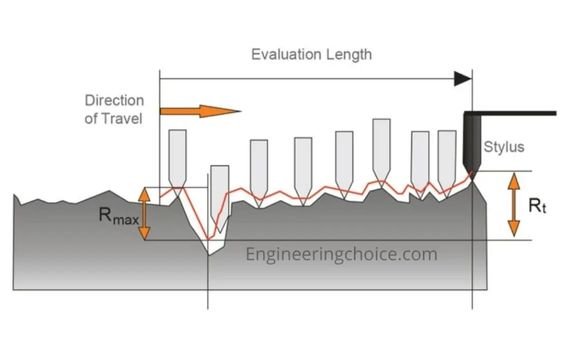 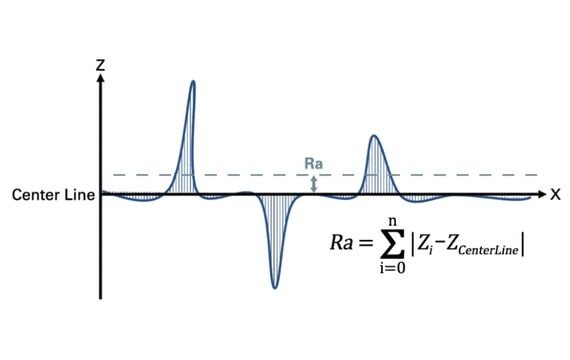 Surface roughness is the result of calculating relative smoothness of a given profile’s surface. Normally, surface roughness charts are used to show the average of surface heights arithmetically.

To be able to determine the machine and method to use for the production of parts, use surface roughness charts. Roughness, lay and waviness are the three basic components of a given surface which affect its overall geometry. Surface roughness can be measured through various measuring systems including;

In this method, a stylus is used for measuring the roughness of a surface.  An operator draws the stylus perpendicularly to the surface and uses the registered profile to be able to obtain surface roughness parameters.

Non-contact methods can use either sound or light for measuring the roughness of a given surface. Optical devices like confocal or white light are used instead of stylus and microscope or optical sensors are used.

Comparison methods use samples that have been determined through visual sensors or tactile for comparing the results.

In-process systems use techniques such as inductance which helps in evaluating surface rough through magnetic materials. An electromagnetic energy is used to determine the distance from the surface.  Parametric value obtained is compared with roughness parameters. Surface roughness can be measured through various methods which are divided into three categories:

A high-resolution probe is used to measure the surface for instance using a phonograph needle instead of a typical CNC probe.

Finite area on the surface is measured to give statistical average of valleys and peaks found on the surface. Optical scattering, ultrasonic scattering and capacitance probes are some of the techniques used in area methods.

Microscopic techniques rely on comparison systems to provide information on troughs and peaks on a given surface. 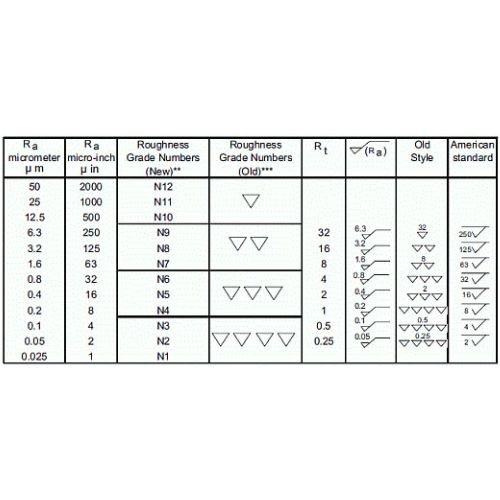 This is the expected Ra value range for Hot rolling, sand casting and flame cutting process. 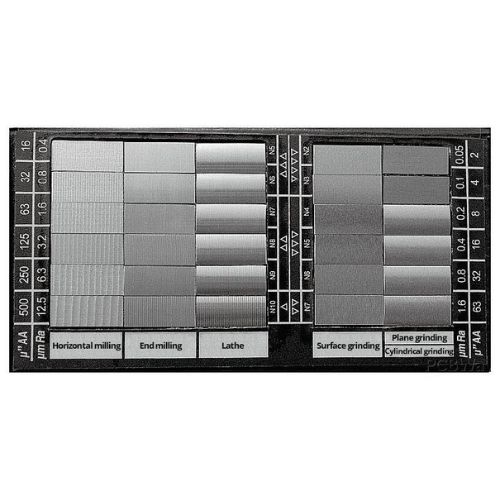 Forging is the only manufacturing process that can result into this range for Ra values. 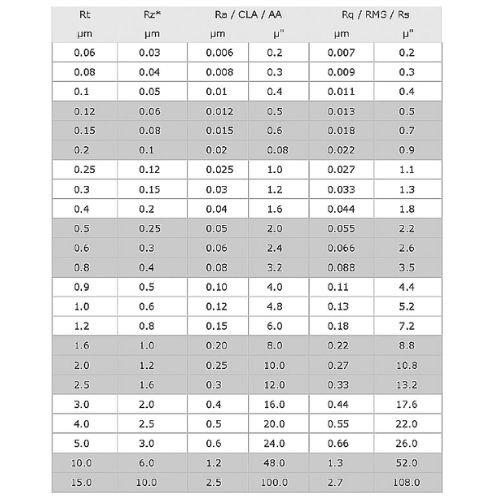 Ra measurements within this range can be expected to result from investment cutting, shaping, perm mold casting, chemical milling, sawing and EDM. 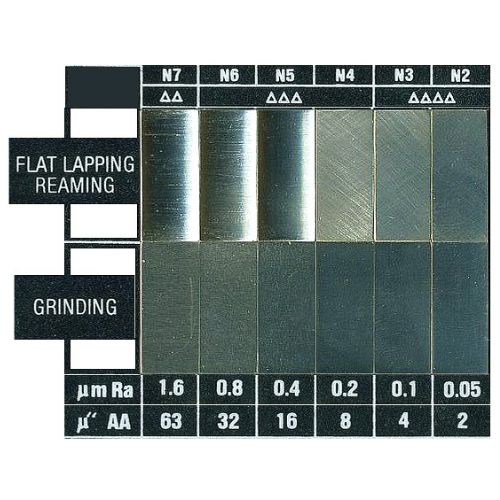 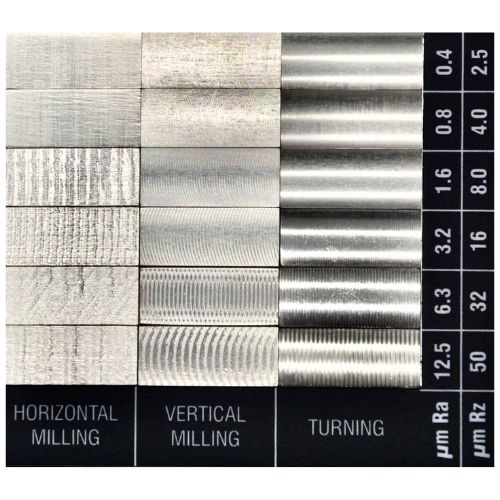 Manufacturing processes like turning and boring fall under the Ra value range of 6.3 to 0.4. 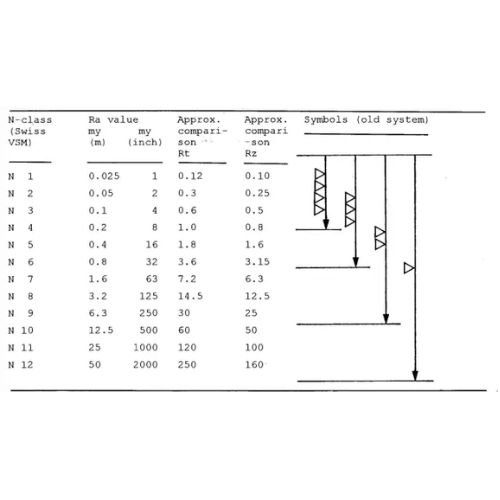 Processes that fall under this range include electrolyte grinding, barrel finishing and electro-polishing. 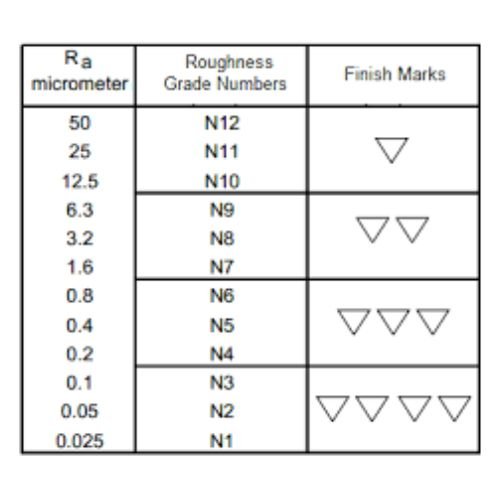 Honing, electropolishing and grinding processes fall under this range. 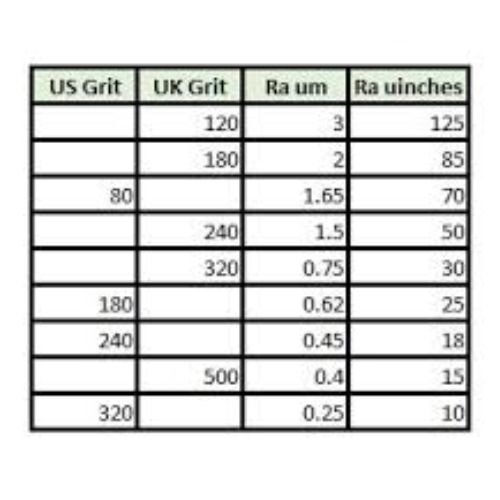 Parts that have undergone lapping have surface roughness of between 0.4 and 0.05. 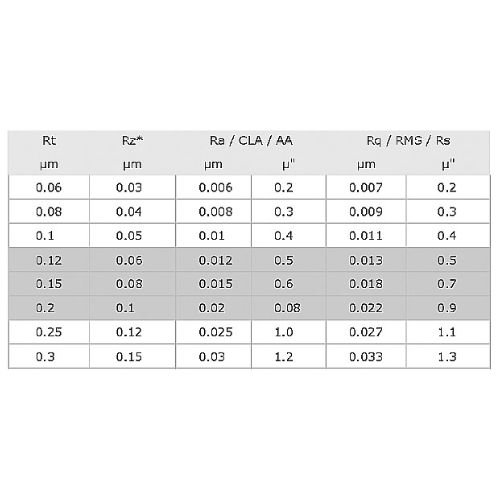 Super finishing processes result into surfaces with Ra values around 0.2 to 0.025.

What Is RA For Surface Finish?

Ra is described as the calculated arithmetic value of the average of the measured microscopic peaks and troughs on part surface. Ra is used to determine the part surface roughness.

What Does 32 Surface Finish Imply?

32 surface finish is also referred to as number 4 standard satin finish. The kind of surface finish suitable for processing and architectural applications with a satin grain appearance.

What Is Ra 0.8 Surface Finish?

Ra 0.8 surface finish is considered to be high grade and it requires high control and close monitoring to be achieved. Parts that have been exposed to concentrated stress require Ra 0.8 kind of finish

Lower Ra means smoother surface because the greater the deviation is the rougher the surface becomes.

An Ra value which is higher shows that the machining process was rough and the surface has become very rough from the operation. Therefore, a higher Ra means a rougher surface.

What Is Surface Finish?

Surface finish, also referred to as surface topography or surface texture, is described as the level of flatness of a surface. Surface finish of a part is defined by three aspects including lay, waviness and roughness of the surface.

Why Use Surface Roughness Chart?