A prefabricated staircase is made in pieces, shipped to you unassembled, and then put together. Our prefabricated metal stairways are the ideal fusion of elegance and toughness. Prefabricated metal steps for permanent or temporary usage, indoors or outdoors, offer convenient and secure access to almost everything. Perfect for moving buildings or pathways for turnarounds and maintenance tasks. With dozens of unique colour finishes available to complement the aesthetic of your environment, metal stairs are ideal for both indoor and outdoor installations. 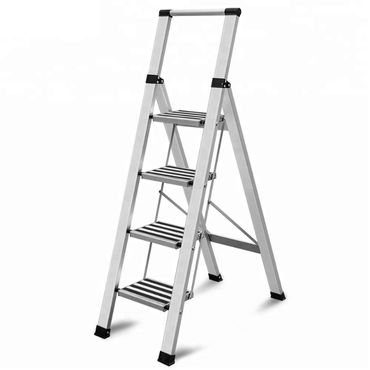 With adjustable legs for uneven floors, our portable stairs maintain the platform level and at the same height as your door or access point. 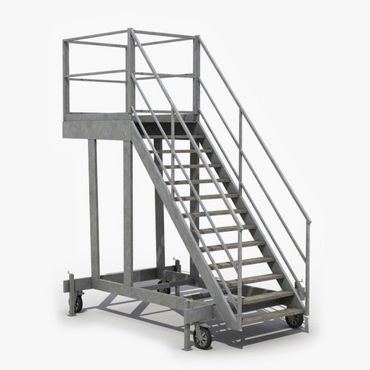 To make the job simpler, faster, and safer, all our mobile steps and platforms are stable and simple to handle. Their casters make moving the metal stairs as easier than ever. 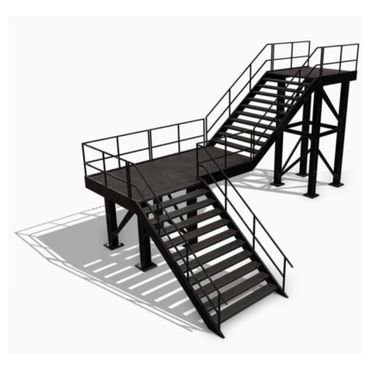 Industrial metal stairs combine versatility, reliability, and high quality. They are user-friendly and easy to configure to suit your application. 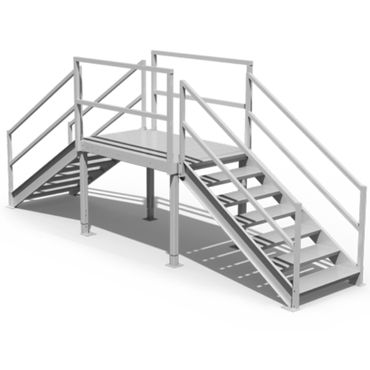 Crossover stairs improve safety, access, and work environment for many industrial applications. Change elevation or use it as a bridge over things—prefabricated metal crossover stairs do it all.

Work prefab stairs are ideal for loading and access solutions for trucks, trains, and marine applications. These stairs are strong and have many custom features.

Our designs and prefabricated metal stairs are compliant with OSHA, IBC, and other standards. We will develop the best stairs according to your local quality standards.

You can specify any parameter, such as material, span, height, tread type, overall shape, and more. Our engineers will develop the right components for your prefabricated metal stairs.

Contact us any time. Get a quote within 24 hours of your inquiry, and we will continue to support your project after sales to ensure customer satisfaction and prolong the partnership.

Our prefabricated metal stair kits are engineered to comply with applicable OSHA and IBC standards. Our components are built in accordance with international requirements. Also, you can request that we comply with your local standards. 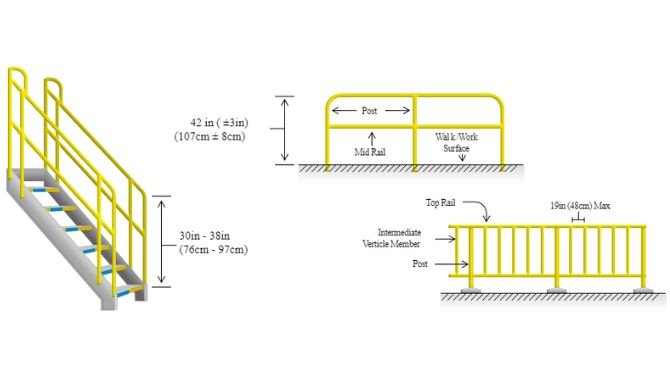 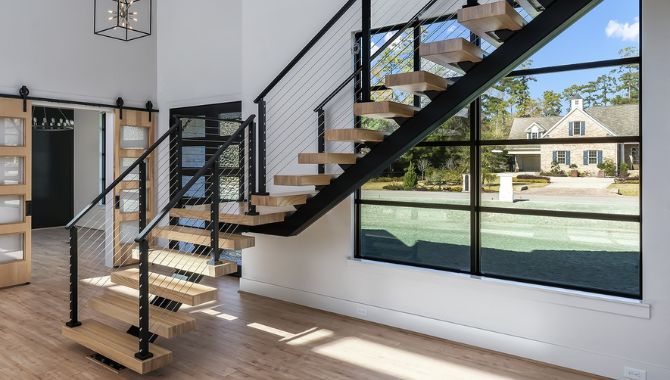 Our modular pathways and custom metal steps create the best options— a permanent construction that is portable in whole or in part, or that may be swiftly disassembled and stored for later use. 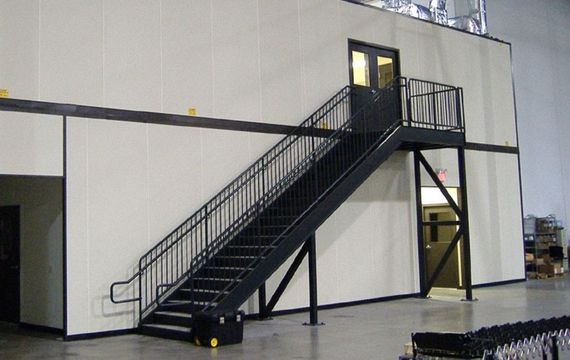 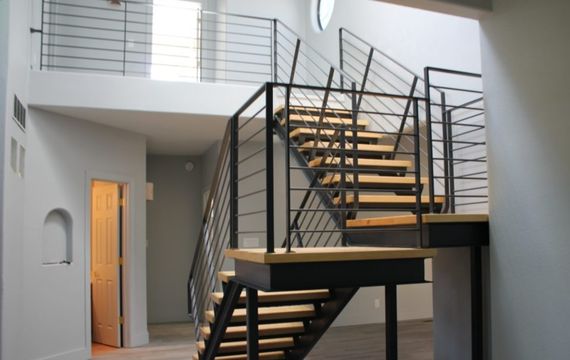 Aluminum or stainless steel is typically used for prefabricated metal stairs. We form, laser-cut, bend, weld, and CNC machine various components of the future stairs according to your specifications. Then, we finish and powder-coat your components, packaging and sending them to you.

You will then have to assemble and install the stairs in your desired configuration using thread locking, flow drilling, and other methods. 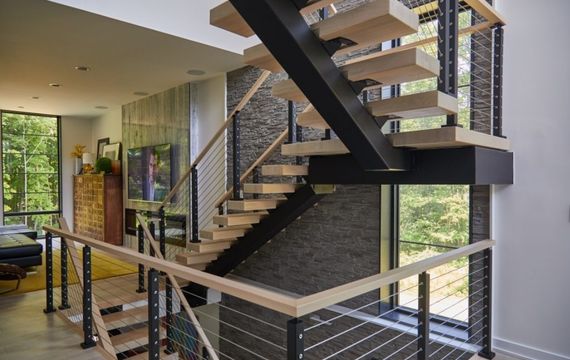 At key junctures in the staircase, these systems weld the metal. These junctures include tread brackets, stringer, footer plate, and railing. Normally, the entire stair unit is sent prepared for installation because it is entirely prefabricated. Welded metal stairs allow for more design options, but the installation process will take longer. 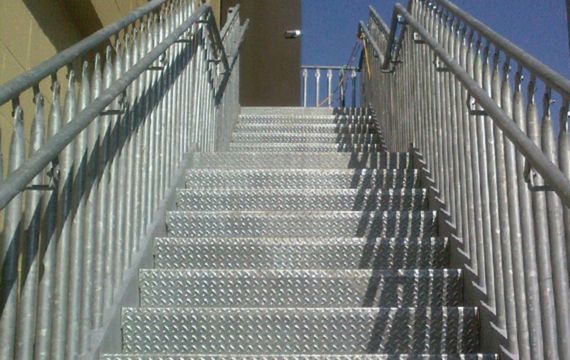 Bolted prefabricated metal stairs or mechanical stair systems are attached to a steel tube after being put together using nuts and screws. The fact that the stair stringer can be supplied independently from the treads and components is one important advantage of this. This eliminates the possibility of shipment damage and makes assembly on-site straightforward.

Prefabricated metal stair systems that are code-compliant are available for every industry.

Request Our Latest Price
What Are The Safety Features Of Prefabricated Metal Stairs?

You must choose prefabricates metal stairs that are strong and durable. Some of the main features you should consider include:

How Does IBC And OSHA Compliant Prefabricated Metal Stairs Compare?

Below is a quick comparison between IBC and OSH standards:

Landings; for both IBC and OSHA, you should have a landing both at the top and bottom. However, for the IBC the landings are slightly larger.

Prefabricated metal stairs handrails; for IBC stairs, there should be 34’’ handrails and 42’’ rails on both sides. For OSHA, all open sections of stairwell should have railings and handrails. Preferably, it should be on the right side and it should descend at 34’’ high.

Horizontal run; the horizontal run for IBC is approximately 1.5 times the deck’s height. Of course, this does not include the landings and handrails.  For OSHA stairs, the length of stairwell and horizontal run is almost the same.