Engraving On Metal: The Complete Guide

In this guide, you will find all information about engraving on metals.

It discusses, among other things, the benefits, techniques, applications, tools, and some common FAQs about the metal engraving process.

What Is Metal Engraving?

It refers to the process of cutting a series of lines into a metal surface to create an image, pattern, symbol, design, or artwork. This technique uses highly specialized tools and equipment depending on the simplicity or complexity of the design work. 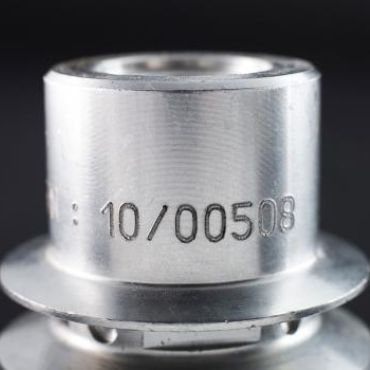 The tools and techniques used in metal engraving are high-end and quite advanced. In essence, this allows you to get metal objects with relatively sharp finishes, which of course, is vital in enhancing product quality. 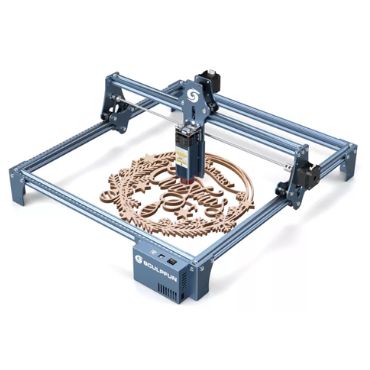 The advanced technology makes it possible to get accurately engraved objects, which are fundamental in determining the required aesthetic value. 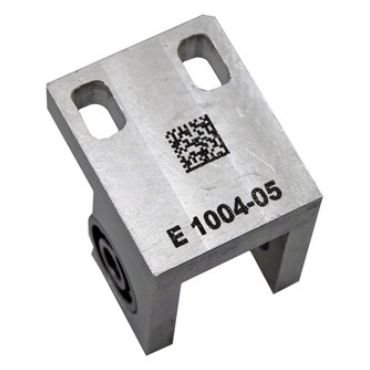 Metal engraving allows you to create a permanent marking on the surface material of the object. In essence, it comes in handy in applications where permanent marks are a concern. 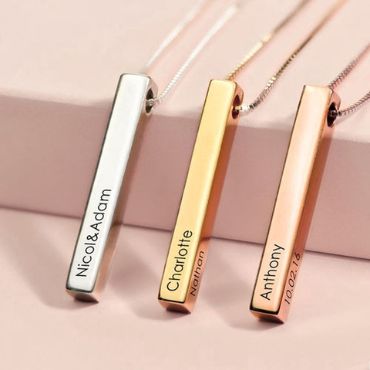 Generally, customization is essential when creating unique objects with details that match your requirements. Hence, metal engraving enables you to attain this, especially where the aesthetic purpose is the motivation. 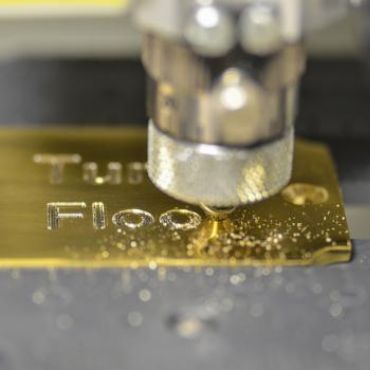 It is a versatile technique allowing you to use it on a broad range of metal materials and still attain the best results possible. 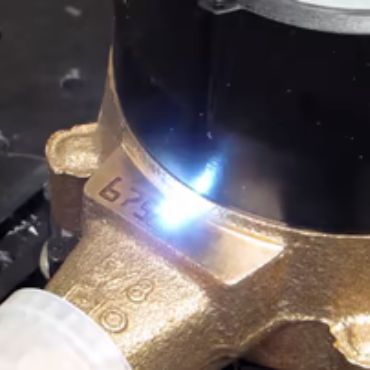 The overall cost of conducting engraving on metal is relatively affordable and hence advantageous, especially in large-scale industrial production. You can amend the designs without necessarily impacting the production turnaround time negatively. 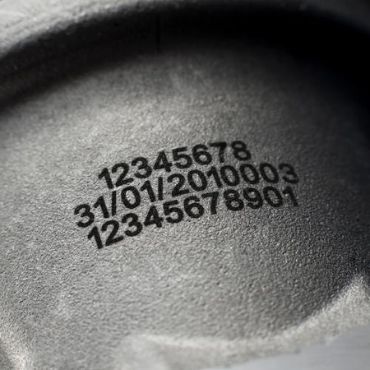 Ideally, engraving hardly diminishes the mechanical properties of the metal. As such, it retains its internal structure, ductility, and grain structure, which is imperative since it implies you will still attain the object’s efficiency in a specific application.

Technically, metal is somewhat complex, reactive, conductive, and composed of different chemicals and alloys. Hence, you need to be particular when it comes to the exact type you engrave, depending on the method used. Simply put, you can engrave different types of metals, but they all guarantee different final finishes since they have varied material properties. The notable type of metals you can engrave include the following; 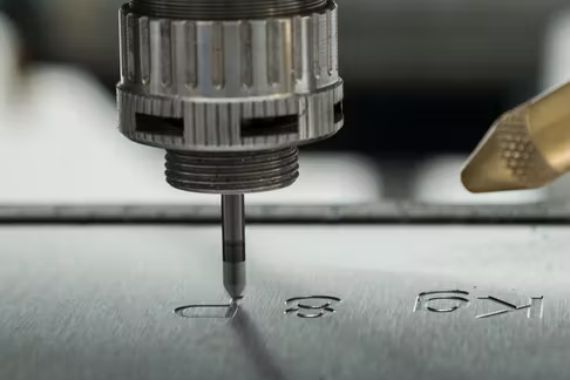 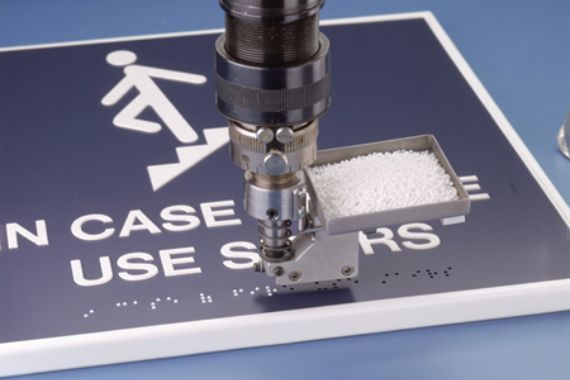 Engraving On Metal With Rotary Machine

It entails rotating a cutting tool in a motorized spindle moving through a metal substrate to create a groove at a particular depth. Rotary machine provides a cutting depth with similar geometry and width as the cutter tip. You can perform metal rotary engraving using the cheapest pantographs and the most expensive complex programmed routings and engraving systems.

Even so, the principles remain the same with every rotary engraving machine. Primarily, in manual engraving using a rotary machine, the operator lowers the cutting tip into the metal’s surface. The operator then traces the letter master or copy type and reproduces the pattern, design, or image on the substrate. However, in computerized rotary engraving, the z-axis is regulated mechanically by the systems stepper motors while the x and y-axis form the characters.

This type of engraving method on metal utilizes a steel shank with a conical sharp diamond embedded in one end. Hence, the diamond point drags across the metal surface during engraving without necessarily rotating.

The first pass during diamond drag engraving on metal pushes some top material into the groove, whereas the second pass cleans it up. Diamond drag cutters used in engraving metals are available in three main angles as follows;

Pointed – It is at 90 degrees and often ideal on coated metal surfaces but not recommended for heavy or daily use.

Standard – This is a 120-degree cutter regarded as the industry’s workhorse hence suitable for medium-strength metal engraving.

Blunt – It is a 140-degree strong and wide cutter most suitable for engraving hard metals. 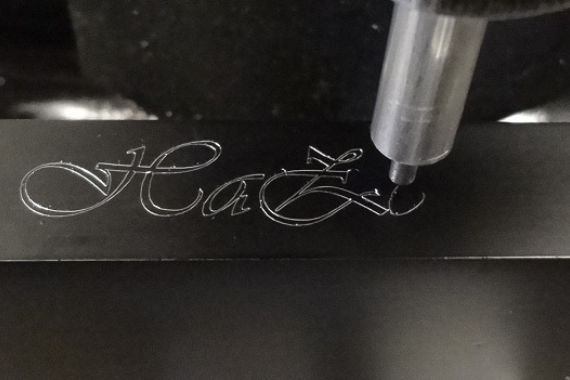 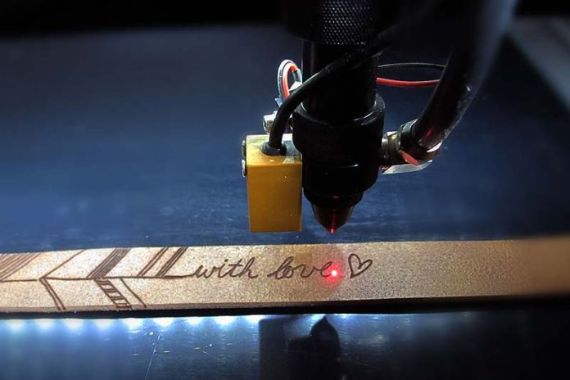 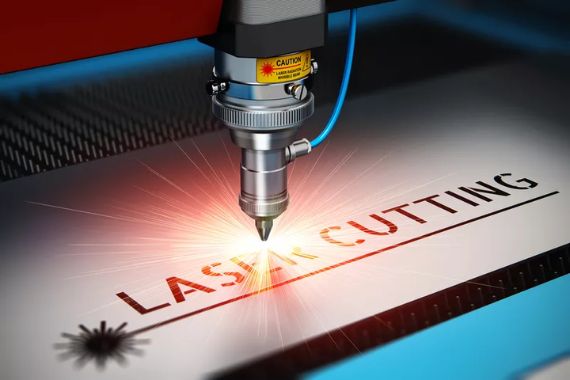 Often, laser engraving and laser marking on metals are used interchangeably, but they are a bit different in many aspects. Laser engraving refers to putting desired information onto the surface of the metal with evident penetration below the material. It uses a focused light beam to remove material from a metal workpiece to create desired text or image.

In contrast, laser marking is about placing legible information on the metal surface part but with relatively little or no penetration. In this case, the depth of the mark is the profound difference between these two metal fabricating processes.

Laser engraving methods are available in three major types, which include the following;

Laser etching– It is designed to produce relatively shallow marks

Laser ablation – The essence is to produce marks by removing unwanted surface coatings.

Laser engraving – It creates deep marks that can endure exposure to harsh environmental and operational conditions.

Advantages Of Laser Engraving Over Laser Marking On Metal

The notable laser marking techniques often used on a wide range of metal surfaces include the following;

Benefits Of Metal Laser Marking Over Other Methods

It guarantees higher marking precision, making it easy to target specific areas on the metal workpiece. This process produces relatively less waste, given it does not involve the removal of material from the workpiece to form the desired marks. Also, it offers better compliance with a wide range of industry regulations due to the permanence and readability of laser-made markings that add vital information. 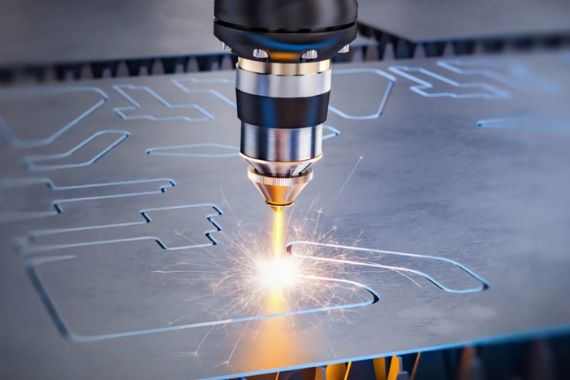 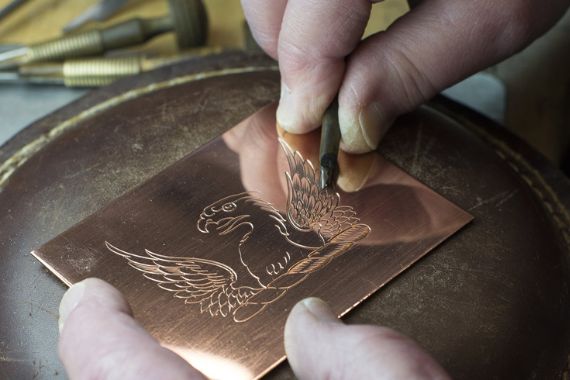 Different engraving processes on metals are performed differently since they require various tools and equipment. However, the notable processes are as follows;

Metal is vaporized into fumes when they get to its respective temperature. The laser system is always equipped with a fume extraction unit that protects the work area and an air knife to protect the laser’s lens.

This process involves using a cutting tool to remove the unwanted material from the metal surface during the engraving process. It is often integrated with a wide range of computerized computer programs to provide the best results possible. However, since the process entails the cutting tools coming into physical contact with the metal surface, thus degrades them ultimately. Hence, you’ll need to replace the cutting tools often, which makes this process relatively more costly than others.

It is a relatively simple metal engraving process that entails forcing an abrasive material on the metal surface at extremely high pressure. This enables it to create a profound engraving effect more effectively than a wide range of other engraving processes. It is a manual process and requires caution when engraving using this method.

This is an engraving process that utilizes a selection of various elements, including different applications and font styles on metal. It is quite fast and cost-effective, thus suitable for engraving a large number of metal materials. Besides, the computerized metal engraving process allows you to attain highly durable, accurate, and clear engravings.

Metal Etching Vs. Engraving On Metal 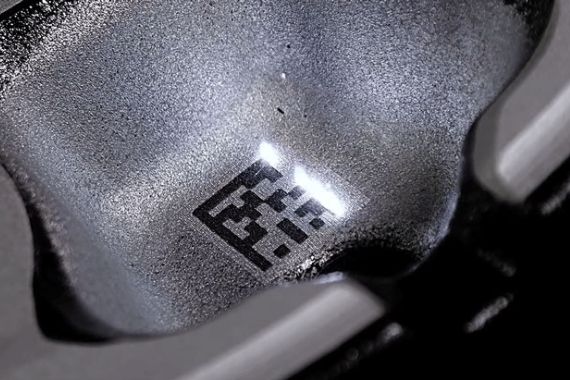 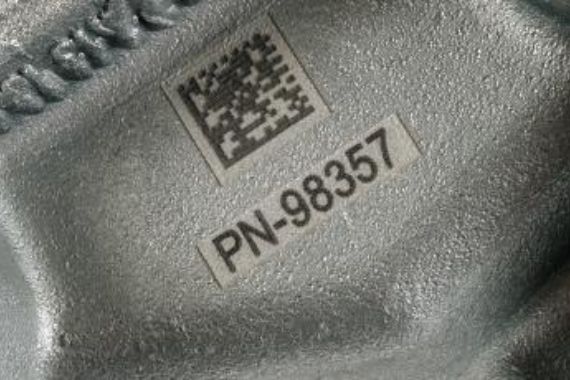 The metal’s surface is often covered with a layer of wax before etching to enhance the protection of the surface. After drawing the design, the metal is dipped into an acid bath to allow it to eat away the metal, thus creating a beautiful design.

It uses a laser machine, emitting powerful light beams to create marks on metal surfaces by melting them. Essentially, the laser beam hits the metal surface, which in turn absorbs it, and its energy converts it into heat. The metal temperature increases hence melting and expanding the material surface. Laser metal etching is quite a versatile method that you can use on a wide range of metals.

However, the laser etch depth is never more than 0.001”, making it an ideal option for small projects like jewelry. Some notable advantages of metal etching include high extreme precision, versatility, material savings, high speed, cost-effectiveness, and repeatability. On the other hand, engraving on metal is a printmaking method that entails using a sharp and pointed cutting tool to create different designs, patterns, and shapes on metal surfaces.

The metal plate in engraving is inked and forced into grooved created by the cutting tool before the plate is pressed. Technically, the major similarity between metal engraving and etching is that they are both used in cutting lines into metals. However, the notable differences between this two metal fabricating methods include the following; Several metallic components used in vehicles are engraved with different details, logos, and patterns. It is essential, especially in creating the identity of such parts. 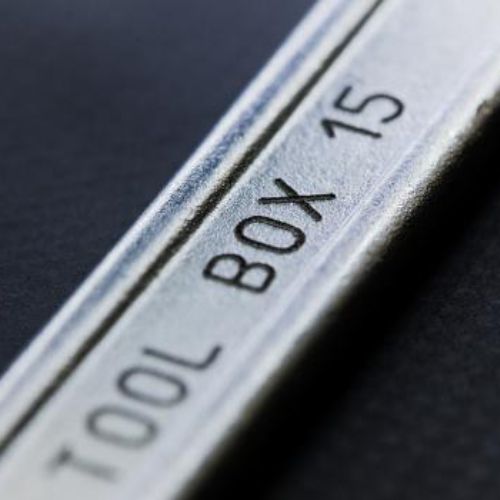 A lot of signage components use engraved metals to showcase or display a specific service, product, or brand to the potential clientele. 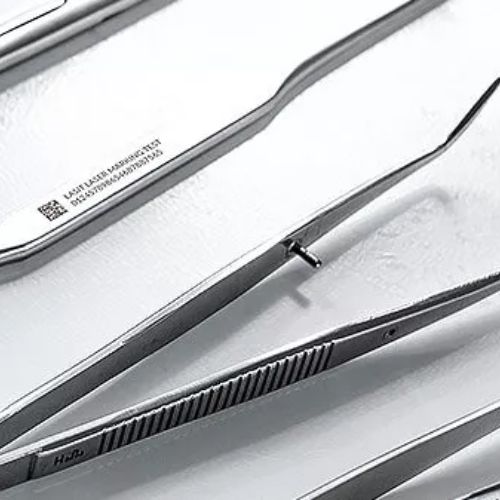 Several medical appliances are also engraved with different details, which enable them to acquire the ideal shape and design. 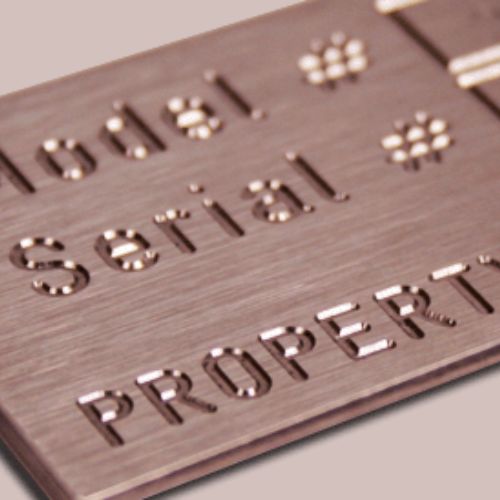 Most components used in electricals and electronics are usually engraved accordingly to include the relevant details. 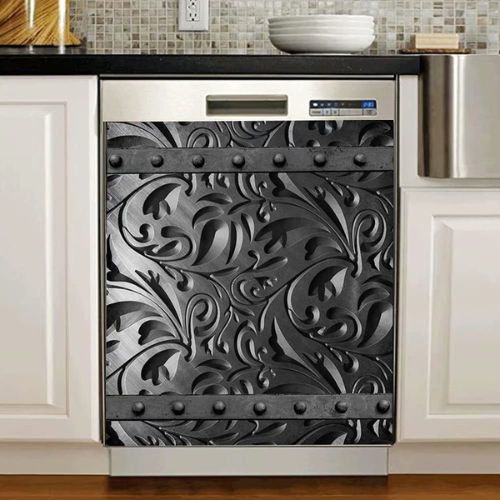 Various appliances used in typical households are made of different engraved parts for unique identification. 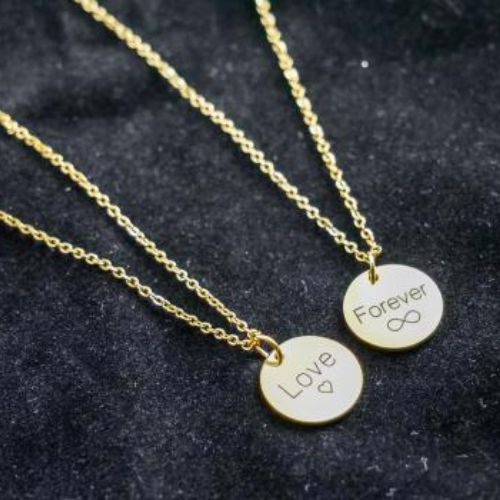 Customizing jewelry to meet your specifications requires a high level of engraving hence a common element for aesthetics and uniqueness. These are sharp and precise tools made from top-quality steel, often shaped to particular angles and fitted to respective handles. 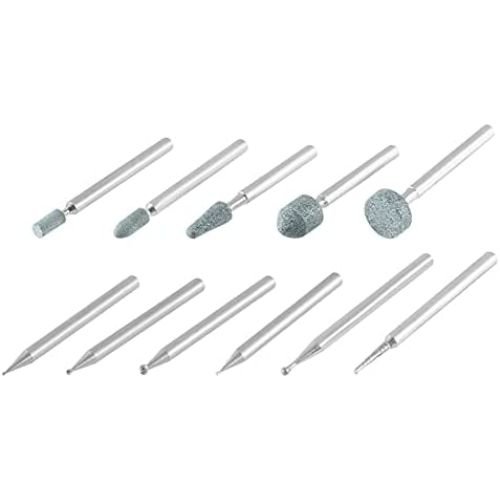 It is a power tool with a sharp and strong router bit designed to pierce through a metallic surface material. 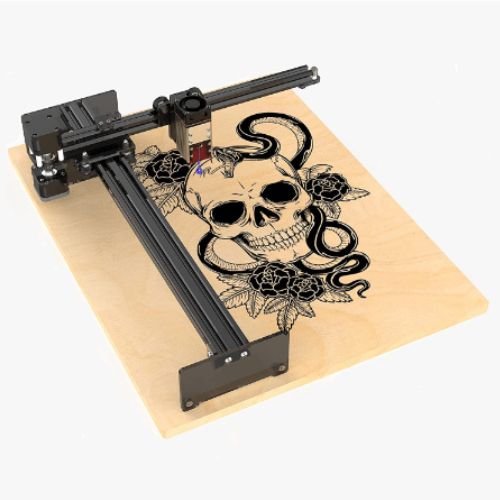 Can You Engrave All Metals?

Laser engravers allow you to engrave all types of metals and alloys easily and permanently. Which Kind Of Laser Engrave Is Suitable For Metal Engraving?

This type of laser engraver with at least 50 watts is recommended since it produces a highly focused light beam to engrave deep 3D engravings into metal surfaces. How Is Stainless Steel Engraved?

It is done using computerized stencils, which leave a permanent mark.

What Are The Different Types Of Metal Laser Engraving?
Between CO2 And Fiber Laser; Which One Is Suitable For Metal Engraving?

It has a superior-power wavelength that penetrates bare metals better.

Are There Limitations On Patterns You Can Engrave On Metals?

It depends on the type of engraving you are using on the metal.

For all your engraving on metal needs, contact KDMFAB now.

Any Question About Engrave On Metal?
Scroll to Top